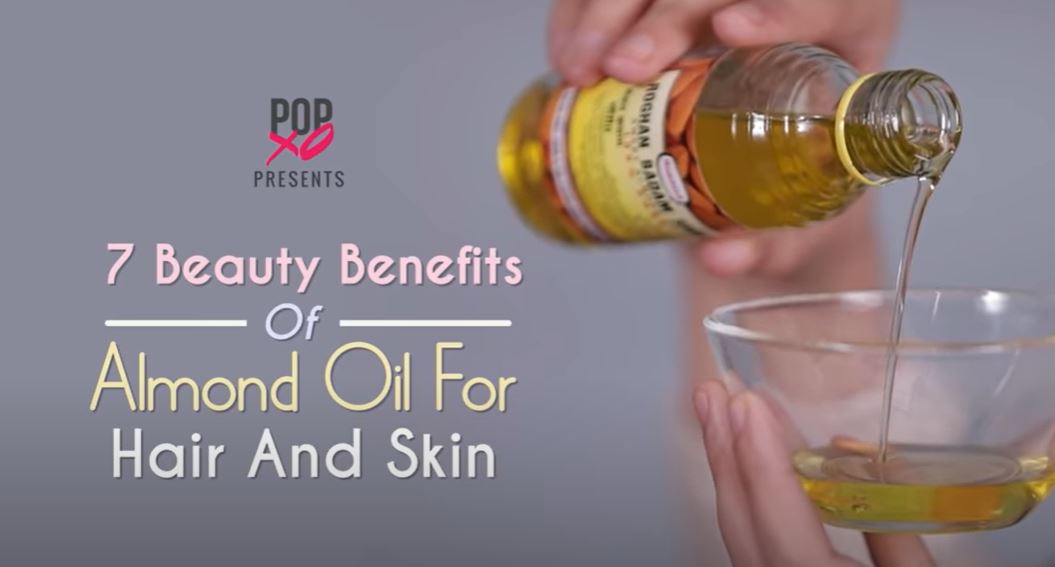 Almond oil is extracted from the almond kernel itself. It is considered one of the best oils that have a positive effect on the body in general. It contains appropriate amounts of monounsaturated amino acids, cholesterol, vitamin E, potassium, proteins, zinc, and other vitamins and minerals.

There are two types of almond oil: bitter almond oil and sweet almond oil, which offers many benefits for hair and skin that we will address in this article.

Benefits of almond oil for hair

There are many proven benefits of almond oil for hair, and the following are some of them:

Increase hair length and vitality: this is because it contains magnesium, which prevents hair loss to a large extent.

Getting rid of brittle hair: a mixture of almond oil, olive oil, and castor oil is mixed in equal quantities and massaged into the hair, and applied once to twice a week to feel the difference.

Giving the hair a radiant look: this is because it contains high concentrations of proteins, vitamin A, vitamin B, and vitamin E, which in turn cause the hair to shine. It also contains the omega amino acid, which helps protect hair from ultraviolet rays.

Treats dandruff by mixing it with amla powder and leaving it on the hair for half an hour, and then washing it. It reduces scalp infections.

Almond oil has many benefits for the skin, and here are the most important ones:

Increase the freshness and health of the skin: this is because it contains vitamins that moisturize the skin and increase the rate of skin absorption of oil.

Misuse of almond oil and its complications

The use of oils within the natural limits is beneficial to the body, but excessive consumption of different kinds of oil has its disadvantages. Therefore, it is best to consult a doctor or nutritionist before using any oil, and here are a set of warnings for consuming almond oil:

If you want to drink almond oil, make sure it is sweet almond oil because bitter almond oil is poisonous.

Avoid drinking almond oil if your diets are full of magnesium.

Drinking much almond oil leads to the accumulation of vitamin E, which leads to diarrhea, blurred vision, dizziness, and general weakness.

Many people are allergic to almond oil, so you should check before you start using it.